Every year midwestern monster truck fans journey to the hallowed grounds of Pacific Missouri near St Louis where Monster Trucking was born. BigFoot 4×4 hosts their annual open house for fans and their families around the nation to come into their facilities to tour, interact and enjoy monster trucking, all for free. It really is a joyous event with my first experience being in 2016 I have tried to attend every year since. Seeing these marvels of monster technology in person is a sight to behold when their 1000+ horsepower engines literally shake the ground when they roll by. Oddly enough it isn’t these 12000 pound behemoths that bring me and my family all the way across the state from Kansas City. As you know this is an RC blog, and BigFoot 4x4s open house also hosts one of the biggest midwest RC Monter truck races put on by Trigger King RC. 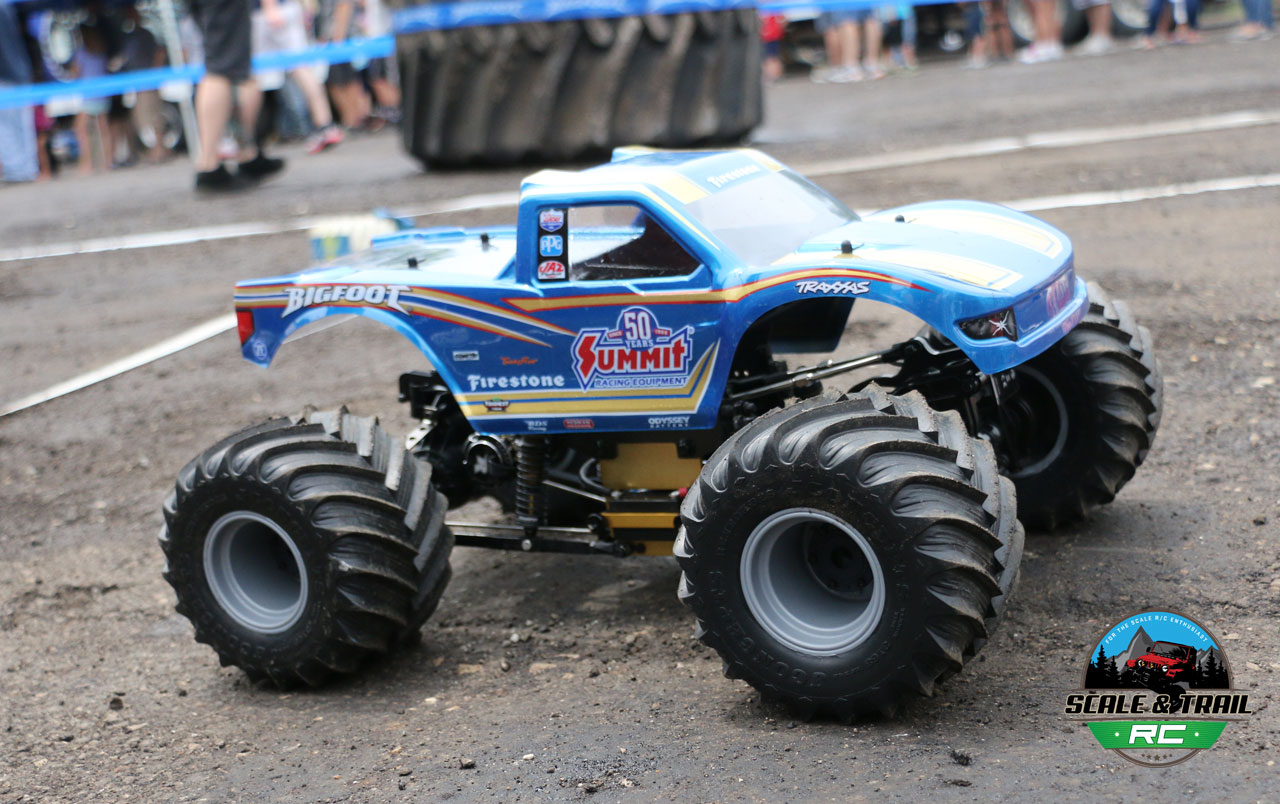 JConcepts was on hand as an event sponsor and thought it fitting to let the Open House be the official announcement of their Ford Raptor Racer monster truck body.  This thing really nails the lines and proportions of the full-size truck. you can find more info here. 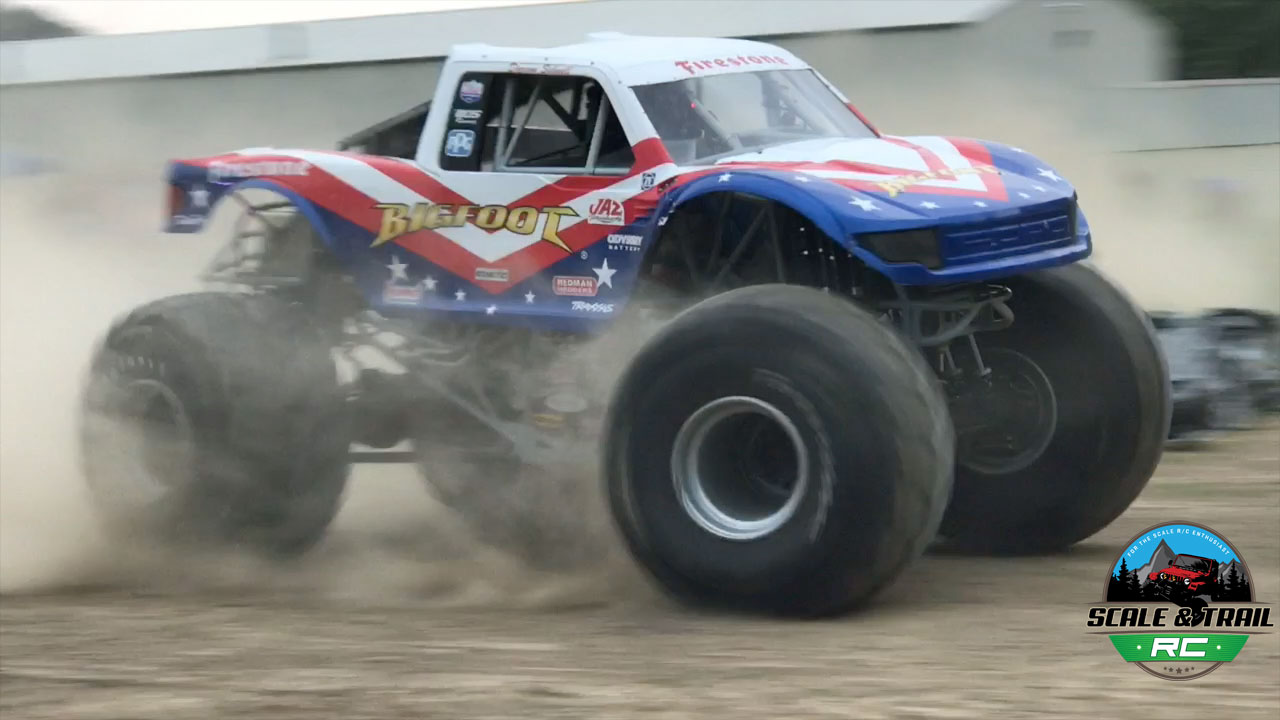 Hundreds of spectators weathered the rain and storms that rolled overhead throughout the day.  If it isn’t scorching heat it’s severe thunderstorms…..welcome to the midwest. The weather didn’t seem to dampen the attendance numbers though. I’d put this event right up there with other Open House’s I have attended. The dense humid air did seem to have an effect on the methanol burning classic monster truck races. The classic monsters seemed to have trouble keeping the fires lit as they plowed through an 80s style side by side car crush race. It didn’t matter, the fans still cheered them on as they refired and finished their passes. Darren Schnell’s BigFoot 19 wasn’t free of gremlins this day either. He ended his first exhibition run early due to technical difficulties or “something broke” as he said as he walked by us after parking it for the day. 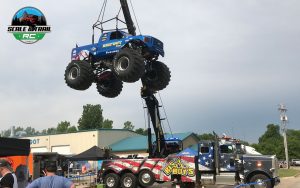 The Final crush of the day was performed by Rodney Tweedy in classic Big Blue BigFoot who drove the fenders off of the thing. It was lucky that they had it hanging around in reserve with one truck going down. He put on a pretty stellar run literally having it out in the weeds a few times. Exciting stuff. 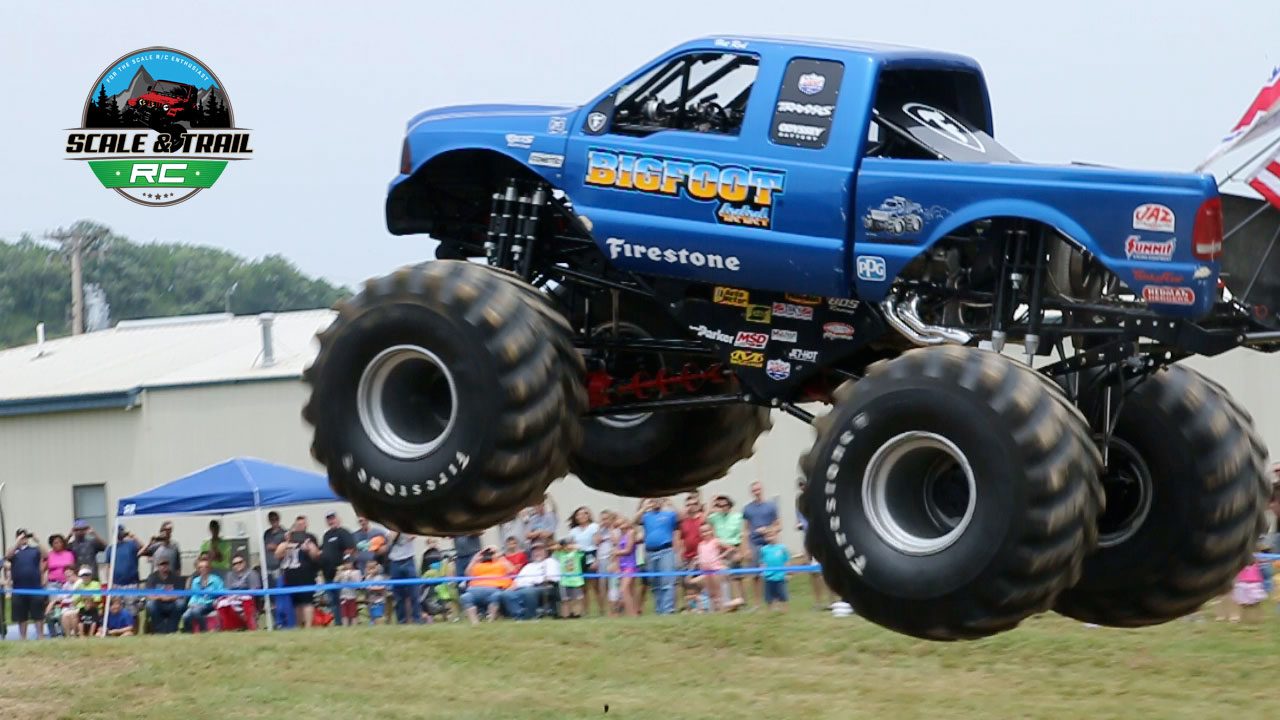 As for the Trigger King event, that went down with some awesome racing. There were 3 classes on hand, Outlaw-Retro, Sport-Mod and Pro-Mod. Yours truly competed in the Pro-Mod class with my Vanquish Products equipped Summit Racing BigFoot 21 replica SMT10 only to have gremlins of my own. I went out in the first round…..bummer. Since I was a spectator for the rest of the day I got to judge the freestyle event and witness some great racing instead of prepping a truck. Brian Beaty a racer out of my own local MT racing club Busted Axle Racing in Kansas City took home the win in Retro. Tad Goad took home 1st in Sport-Mod and JConcepts owner Jason Ruona took home the win in Pro-Mod after laying down some scorching laps with his highly modified Clod Buster. Great racing and not an attitude in sight.

As the day wrapped up and we began to pack up camp I happened across Larry Swim, driver of BigFoot 21. I had him sign my little souvenir I had purchased and I thought that was that. As he was leaving the pits he spotted my replica model of his truck and stopped to look at it for a moment. “This thing is awesome, can I take a picture with it?” he said. Heck yes!  So my bummer day was turned around when the guy who’s truck I built a replica of wants to take a picture with my truck. I thought it only fair since I have taken a few with his 🙂 Thanks Larry! 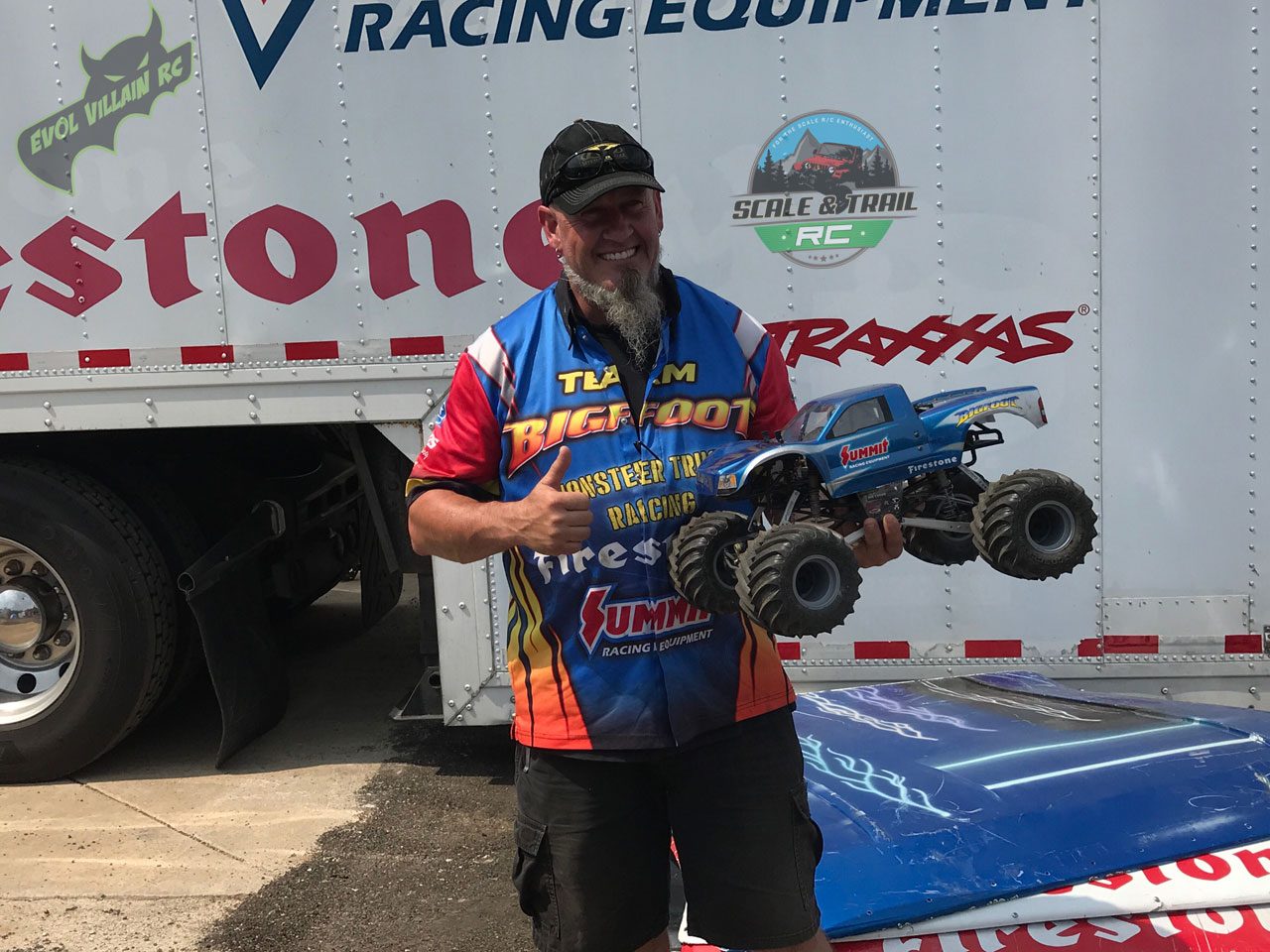 The Bigfoot open house really is a blast all around. It is a great event to bring your family to and just chill and enjoy some Monster Truck goodness. It’s so cool to see the man and the team who started it all open their doors to the fans to let them get up close and personal, see and touch the trucks, shake some hands and share some laughs. Not to mention, the Trigger King event is a blast to be a part of if you are an RC MT enthusiast. Bob C Chandler and Doug Welker put on a hell of an event that I enjoy every time I go.

Before I part I just wanted to say thanks to a few people:

Vanquish Products for supplying my truck with the best upgrades you can get for an Axial kit.

Castle Creations for building the best brushless systems out there.

St Joe Hondas RC shop for hooking us up on parts

AJ and Kris from Busted Axle Racing for being great guys and helping me fix my truck before the race.

My wife for keeping track of my kids while my attention was elsewhere.

BigFoot and their drivers for having us.

Thank you and we will see you next year! 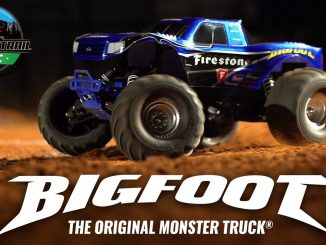